Our two Church School Council Reps visited Holybourne Church on 14th February where they made a planter for someone special. Our Reps decided they wanted to show Bob Weighton (Alton resident and England's oldest man at 110) that he is loved by the community of St Lawrence CE Primary School.

They went with Mrs Micklefield to visit Bob at his home. Bob gave them a Tangram puzzle that he had made himself. It kept them busy for a very long time and although they showed great resilience, Bob did need to give them a helpful clue in the end!

He talked about his life experiences and his faith. He told them that his favourite hymn was 'The day thou gavest Lord is ended' because of the line in verse 3 which says:

"As o'er each continent and island,

The dawn leads on another day,

The voice of prayer is never silent,

Nor dies the strain of praise away."

Bob said it was his favourite hymn because it reminds him that even when he is asleep, someone, somewhere in the world is praising God.

He also told them about a couple of his favourite bible verses. One being Ephesians 2:19:

“Consequently, you are no longer foreigners and strangers, but fellow citizens with God’s people and also members of his household..” as Bob remembers fondly the time he spent in Taiwan as a missionary.

Having spent just a short time with Bob, our two Church School Council reps came away transformed in some way, with so much they had heard and experienced by listening to such a great man of faith. 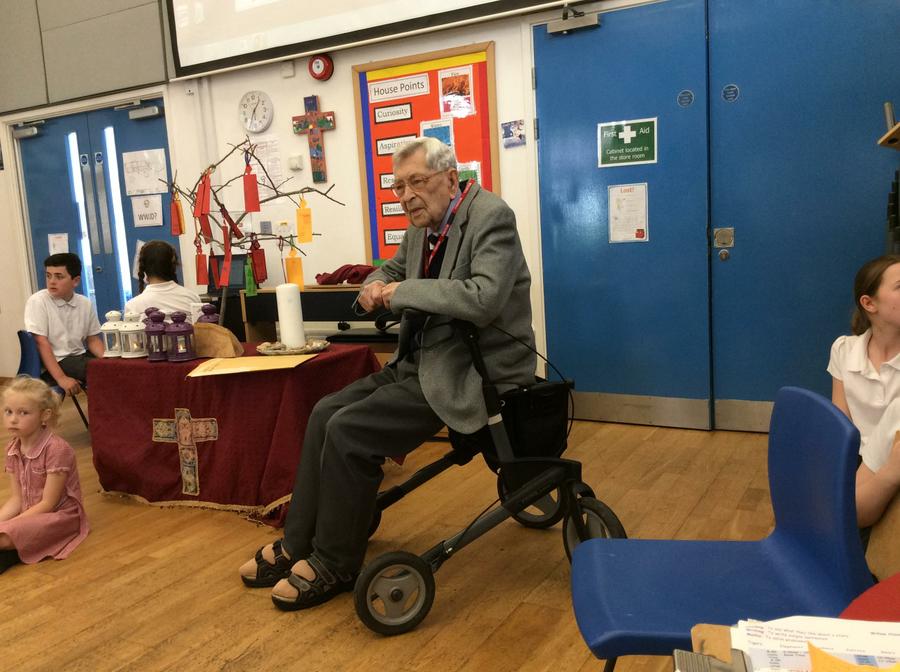 Bob and his great grandaughter! 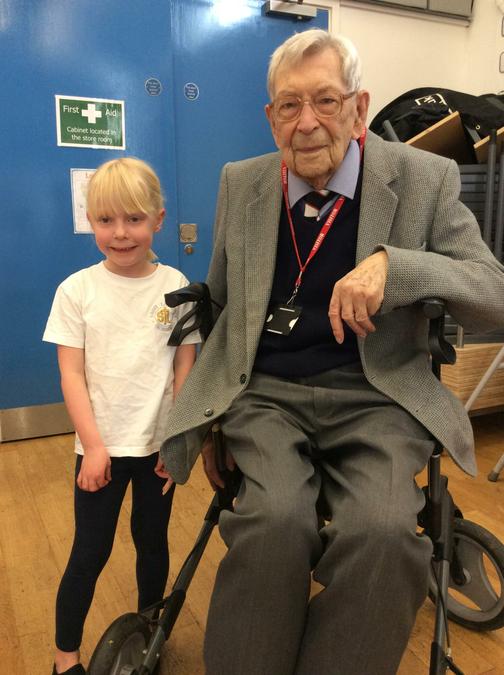 Bob talking to Year 6 about his family 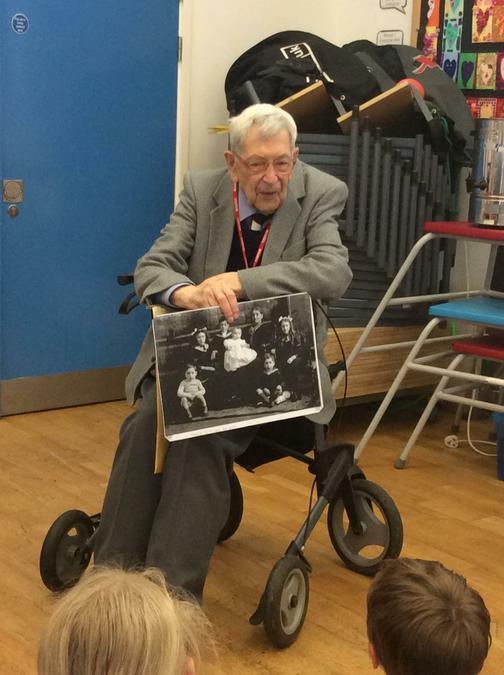